Our Team
Meet our team at Physiologix

Kirsty is a recognised APA Sports Physiotherapist, a title which can only be obtained after completing a post graduate masters in sports Physio therapy (which she did in 2006). She is one of 4 Physios selected to work at The Australian Tennis Open each year, with the women's main draw. In 2017 she was awarded a long service award following her 10th year working for the event. She also provides physio coverage, treating the players, for the Queensland Academy of Tennis at Tennyson on a regular basis.

For the 5 years prior to becoming involved Tennis, she provided physiotherapy for the Australian Short Track Speed Skating, traveling extensively to World Cups.

“I am passionate about healing my clients and giving them their optimal performance for their busy lives!”

In 2006 she was selected as a Physiotherapist for the Australian Team at the 2006 Winter Olympics.

Kirsty qualified in 1998 as a Bachelor of Physiotherapy with Honours in the UK. Coming to Australia in 2000, she has worked with and treated a multitude of sporting disciplines including triathlon at the Goodwill Games and Brisbane Premiership rugby union. In addition, she has been involved in teaching within the University of Queensland post-grad Physiotherapy courses and running courses for Physiotherapists nationally, including on hip and shoulder rehabilitation.

Gena is a kiwi born and trained physiotherapist who graduated in 2008 from the University of Otago in New Zealand. She currently also works with Tennis Australia with the Queensland National Academy, and is the treating physio at local Pro-tour events. She is highly sought after thanks to her skills, somehow also fitting in being the physio for the UQ Rugby 7's womens team, travelling extensively interstate.  She has worked in private practice IN NZ, Canada and Brisbane where she gained experience in treating a wide variety of musculoskeletal conditions. She has a special interest in treating sports and running related injuries, tendon pathologies as well as spinal conditions.

She utilises a variety of techniques including dry needling, exercise and clinical Pilates (which she has taught for over 5 years) to help her clients return to sports, work or day to day function. Gena particularly enjoys seeing a client get back to sports feeling stronger, motivated and ready to play after an injury.

Gena completed her post graduate degree in Masters of Sports physio in 2017 at the University of Queensland.  She continues her ambition is to become a high performance sports physio and to develop her skills as a clinician.  Outside of work and study Gena is a keen sports women herself playing tennis, going to the gym, running and yoga. Gena likes to portray a healthy lifestyle and enjoys giving advice to her clients about a healthy diet and getting active.

Maria Jose (MJ) has recently arrived to Brisbane from a year of travel around Australia with her Husband and small children.

MJ has worked as a contractor for Tennis Australia for the past 10 years. She has been also been involved at the Australian Open Women’s Tennis for the past 7 years. She has worked at the New South Wales and Queensland Tennis Academy and multiple tournaments around the country. Besides Tennis, MJ has also been involved with state Netball, AFL, Athletics and Rugby Union.

MJ has a passion to getting her clients back to their favourite activity. She enjoys helping people understand and taking control of their injuries by tailoring exercise programs that can work in each personal situation. MJ enjoys keeping up to date regarding the latest Physiotherapy evidence and she particularly enjoys helping mums return to sports after children.

MJ completed her Physiotherapy degree in South America in 2007, Since then she has worked in private practice for over 13 years including Sydney, Victoria and Wollongong regions.

Maria Jose and her family enjoy the outdoors, regularly camping and hiking around this beautiful country. She likes to keep healthy by cycling, running, swimming and playing Tennis. 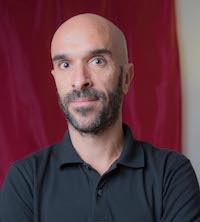 Thibault has worked at Physiologix for years before returning home to France a couple of years ago - now married and a dad to a gorgeous wee lad, 'Tibo' is back.

He is a highly skilled remedial massage therapist, and has worked with all sorts of high level atheltes including The Reds, Queensland Ballet and the Scottish Swimming Team for the Commonwealth Games.

He became interested in massage for cancer several years ago is this is an area he has enjoyed working in immensely.  Tibo has never been happy he knows enough and was always off to do more courses and learn more.  This has finally enticed him to return to uni and study nursing, further adding to already incredible massage knowlege.

With little spare time, Tibo is still always out for a surf or climbing - there is no stopping this man! 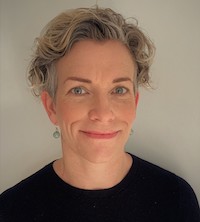 Georgie is an extremely experienced therapist who will help keep you doing the things you love.

She completed her diploma in Remedial Massage in 2007 after studying in Melbourne and Brisbane. Since then, she has worked primarily in clinical multi-disciplinary environments to provide complete care and successful outcomes for her clients.

As an active runner, keen bushwalker, and mum, Georgie knows how important it is to keep you doing the things you love.  From desk workers suffering from nagging headaches or shoulder pain to athletes concerned with hamstring niggles, Georgie provides relief and results through her hands-on care.

Georgie is passionate about taking a whole system approach to her treatments– she understands how the different systems of the body are interconnected and how to get the best outcome for you through massage.

Georgie will always work with you, your body, and your needs.  You can expect a slightly firmer style massage with clear communication to ensure the pressure is just right.

Jessica is a qualified Pilates instructor with over 10 years’ experience. She graduated in 2006 in Physical Education in Brazil and specialized in Pilates from Polestar Pilates Education in 2009. Her high performance during the qualification resulted in the invitation to be part of the Polestar Mentor Team (2010-2013), within which she was responsible for mentoring the students, enrolled in Polestar Teacher Training, to progress and get prepared for their final exam.

She also concluded specializations in Personal Training, Anatomy and Biomechanics, Massage Therapy and Reiki. And, on her youth, she was a professional ballet dancer from the Municipal Theatre of Sao Paulo.

Jessica ran her own Pilates Studio at Sao Paulo, Brazil for 7 years. Her successful studio is a remarkable step in her life where she gained a lot of experience teaching and taking care of each client with personalized classes to achieve their goals. In 2017 she came to Australia to live different experiences and keep improving her qualifications.

In Australia, she concluded the Certificate 3 in Fitness in 2019, and will finish the Certificate 4 at the end of 2020. She is passionate about Pilates, movement and healthy habits, so she makes it a lifestyle.

Completing her Diploma of Pilates instruction with Pilates International Training Centre at the end of 2015, Moira is an enthusiastic and experienced instructor. Over the last 5 years she has worked in many areas including with post-operative and rehab patients, pre and postnatal clients, clients with complex musculoskeletal disorders as well as clients without injury that are looking at strength and fitness, through to athletes looking at enhanced training specific to their sports performance.

Passionate about the personal application of exercise for each individual body, she is continually learning about the body and exercise techniques.

Having come to Pilates through injury, Moira understands well how moving from pain to strength empowers all aspects of one’s life.

We are extremely lucky to have Moira join our incredible group of pilates instructors bringing you so many more small, supervised equipment based classes each week. 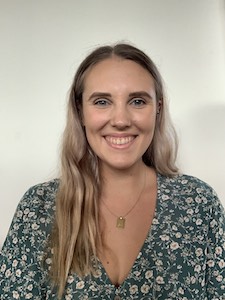 Tessa is an Accredited Practicing Dietitian (APD) and completed her Masters of Dietetic Studies in 2020 at the University of Queensland. You may recognise Tessa from around the Gap Health and Racquet Club as she has been a part of the community for many years, working as part of the reception team and being a fitness instructor at GHRC. In her spare time you will find Tessa in the gym or partaking in one of the Group Fitness classes or enjoying a coffee in the cafe.

Throughout her degree Tessa has had experience working within both clinical and private practice spaces with a wide variety of clients and conditions. Since graduating, Tessa has completed two private-practice internships with APDs to gain invaluable experience in her interest areas, including gastro-intestinal issues, weight loss, sport nutrition and chronic and degenerative diseases. Tessa is passionate about educating others on nutrition and helping them to live a balanced, healthy lifestyle. She will work with you to ensure that your food and nutrition are supporting your specific needs and create healthy habits to help transform your lifestyle.

Remember to discuss seeing a dietician with your GP to see if you qualify for referral under Medicare. Your appointment may also be covered by your private health cover.

A dietitian can help you with tips and guidance anywhere from meal planning to just advice and information on:

She will be available to see at Physiologix, upstairs at The Gap Health and Racquet Club Mondays 2-7pm.

For bookings call her directly on 0402 234 478 or email her at tessafunknutrition@gmail.com