Competing in the Invictus Games 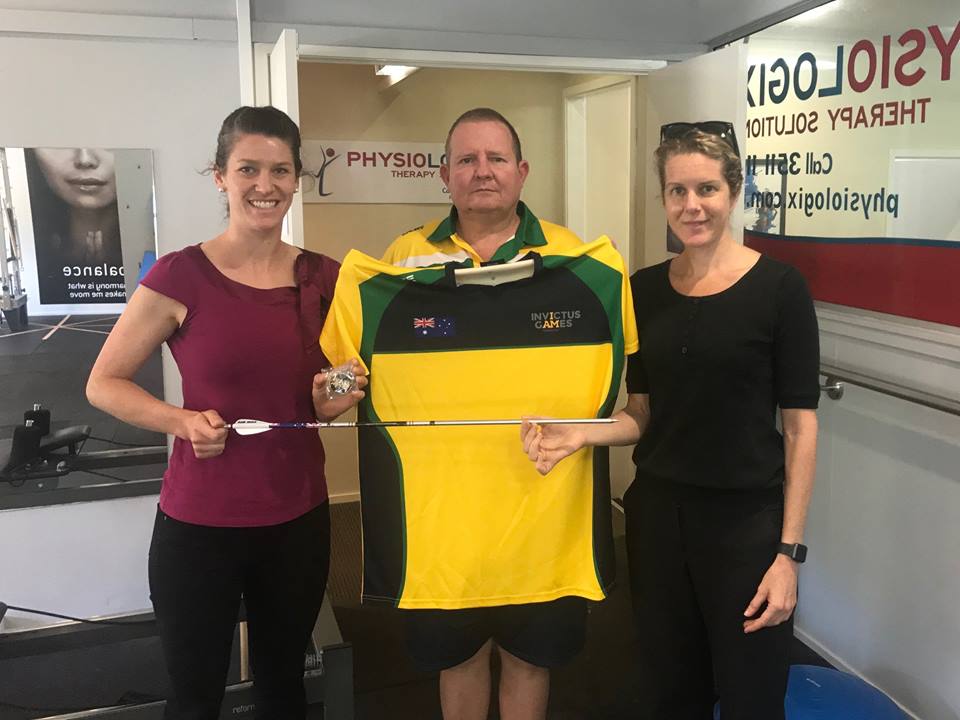 Scott MacLean, a long time Physiologix client, came to us last year, having been selected to compete at the Invictus Games to be held in Toronto 2017.  The Invictus Games is an international adaptive sport competition using the power of sport to motivate recovery, support rehabilitation and generate a wider understanding of the sacrifices made by the men and women who serve their country.  Scott was selected for the archery event, not just as a competitor but as Australia’s Archery Captain.

Scott wanted us to assist him prepare his body so that he could both train and compete to the very best of his ability.  He was well on track until 7 weeks prior to departure he sustained an almost competition ending shoulder injury.  Hard work over that next 7 weeks with Teryn Buna, our Musculoskeletal Physiotherapist, saw him make a total recovery with just 3 days left before he departed.  It was a very stressful time for Scott who had put so much into his preparation to get this far.  But again his dedication and hard work with his physiotherapy rehab and many hours in the Physiologix Pilates gym saw him through – a huge achievement just in itself.

He then went on to finish ranked 9th in the Individual competition and 4th in the Team Event.  But Scott didn’t see that as his main achievement.  He had taken a supply of small clip on koalas with him and he gave one of these to a little girl, whose smile he said made the trip all worth while.  Scott is one of those people on the planet who goes out of his way to make people happy.  He spent hours in Toronto helping out other competitors while he was there.  An Iraqi Soldier broke several components on his bow – don’t worry there was Scott to help out.  Others were struggling with confidence – again there was Scott to help out.

On his return Scott has (again in his true incredibly generous way) donated one of the arrows he used in the finals, a limited edition medal and jersey for us to proudly display in the clinic.... Keep your eyes peeled!

Despite all the traumas Scott has had to deal with and will continue to have to deal with, he walks into the Gap Health and Racquet gym and up to Physiologix, always with a smile on his face, and a joke to make us all laugh.  He single handedly is responsible for all weight gain in our staff, bringing us Tim Tams every single week!  Not only do I want to take this opportunity to say well done Scott, you are a champion, not only in your sport, but in the way you have made sport unite people from so many different countries and been an incredible representative of our country.  But also thank you for all you bring to us both at the gym and at Physiologix – you never fail not to make us smile and bring sunshine to our day – a true gift indeed.