Summer is upon us and with that thousands of people are taking to the streets and running. One of the main complaints we see with runners is ITB friction syndrome. The iliotibial band is a fibrous band that runs down the outside of the thigh attaching just below the knee. It crosses a bony point called the lateral femoral condyle just to the outside of the knee and here it can rub, causing a frictioning resulting in pain. This rubbing can occur, amongst other things, because of poor biomechanics. It is often related to poor foot control, a rolling in of the hip and knee due to poor strength (usually of the gluteal, or buttock, muscles) and an overuse and tightness in the muscles at the outside of the thigh. So what can you do?

Recovery – Do As The Pro’s Do

Gena Wallis has been working for Tennis Australia at the Pro Tour $25,000 Tennis tournament last week at Tennyson. For these elite athletes, jumping onto an injury early is everything. Here are a few tricks we could all learn from. 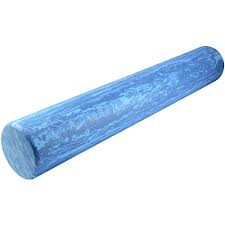 Physiotherapists often prescribe the use of a foam roller for a variety of different injuries. It’s usually quite uncomfortable while rolling, but after gives a great feeling of space and mobility.